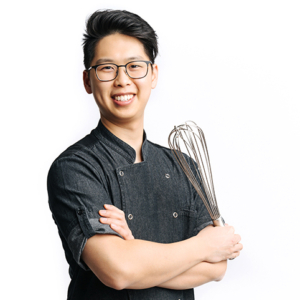 Having captured the hearts of Canadians on MasterChef Canada Season 2, Christopher Siu is determined to make his baking dreams a reality. Daan Go is devoted to his unique creations inspired by culture and travel. As of May 2021, Christopher became Canada’s newest MasterChef on Season 7 – “Back to Win”.

Christopher became interested in baking after years of watching his father make cheesecakes for family birthdays. By studying cookbooks, he became a great baker, making fresh bread during the week and pastries for afternoon tea on the weekends. His friends and family are his inspiration for baking, and putting smiles on their faces through his sweets and treats is what keeps him going.

For Christopher, baking is relaxation – give him a whisk and a rolling pin, and he’s in full meditation. Outside of the kitchen, you may find Christopher enjoying himself with his violin. 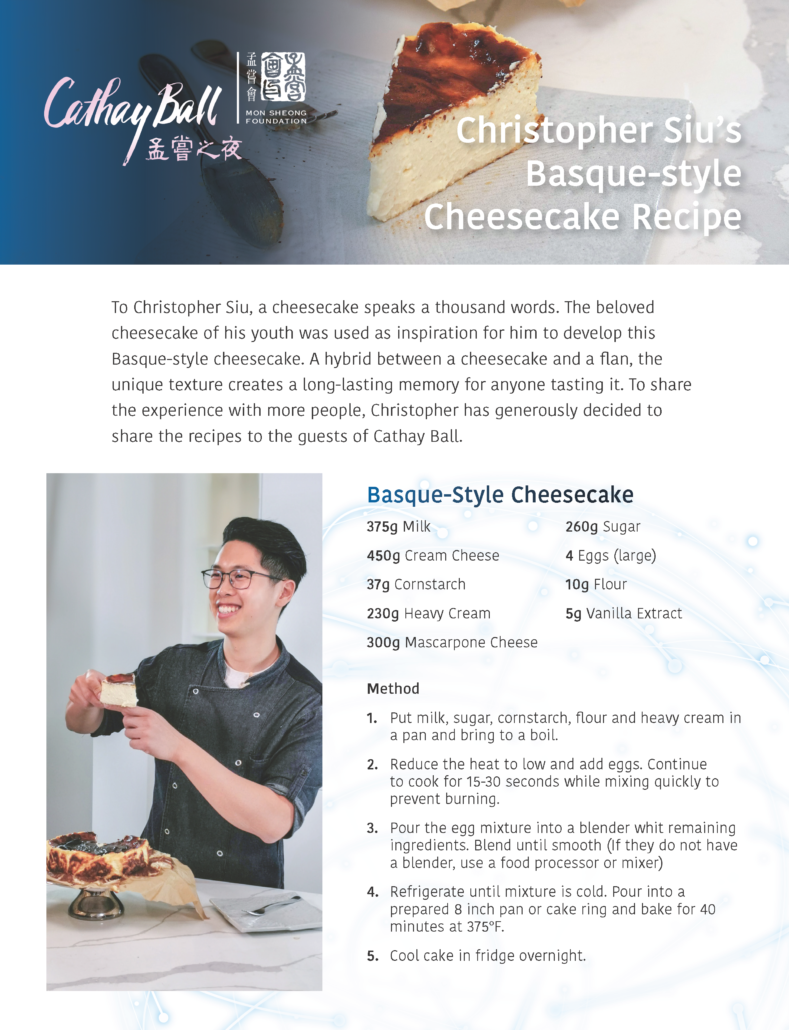 Christopher Siu, winner of MasterChef Canada Season 7 and mastermind behind Daan Go Cake Labs, is one of the most genial person anyone will ever meet. His countless adorable desserts, drawing inspiration from everyday life, and delicious macarons have earned him endless accolades, taking Toronto by storm. Behind his friendly face, and his delectable desserts, is a man with a serious dedication to his craft.

To many, 2021 looks like a milestone year for Chris. Not only did he win the Association of Chinese Canadian Entrepreneurs’ Young Entrepreneur Award, he also beat out 10 other competitors to become the winner of MasterChef Canada Season 7. He showed us that he is not just smart, he is also ingenious, creative, and versatile. His knowledge of ingredients paired with his brilliant palate and his
endless inventiveness is what really sets him apart from everyone else.

Underneath the chef’s coat lies a straightforward man with an affable smile. The root of Chris’ passion for food begins with a lasting impression his father left on him. He shared that his love for desserts began when his father made him a cheesecake for his sixth birthday. The warmth he felt, coupled with the taste of the delicious homemade cheesecake, has stayed with him till this day. Chris took to experimenting with different desserts (recipes) in his spare time, sharing the fruits of his labours with those around him and building confidence in his skills.

Before becoming known for his delightful desserts, Chris was a pharmacist. The time and dedication needed to become a pharmacist is enormous. So when asked if he had any regrets on not moving forward with his pharmacist career, his resounding no was a surprise to all. He said that, for him creating cakes that brings a smile to people’s faces is a childhood dream come true. Pharmacy and culinary, the two professions seemingly have nothing in common with each other, but in reality the two intersect at one point, chemistry. Egg white meringues are an important part of a lot of his cakes, Chris explains, to create a successful meringue, a chemical component is necessary. During MasterChef, Chris utilized his scientific training in a variety of ways, including cooling ice cream using liquid nitrogen.

Chris has created countless adorable desserts, so where does his inspiration come from? He remarks that it’s mostly from his daily life. Little things, like a duck at a toy store, can bring about inspiration. This is evident in his latest designs, featuring dim sum and the ever popular “Lucky Cat”. The blueprint for this eye-catching 3D dessert features a chocolate shell concealing a soft blueberry yuzu cake inside. Food knows no boundaries and it is Chris’ preferred method of sharing and caring. To him, caring is about sharing food. He often cooks for his family and friends. For Chris, caring is about finding ways to do more for the people he cares about the most. For Cathay Ball, Chris is sharing a step-by-step recipe for a decadent dessert for guests to try and enjoy.

Lastly, we would like to congratulate Chris on his recent marriage. Thinking back, Chris and his wife often spent time baking late into the night during his time as a pharmacist, chasing the Daan Go dream together. His success today is a result of many years of perseverance. Chris, we wish you every success and everyday happiness.